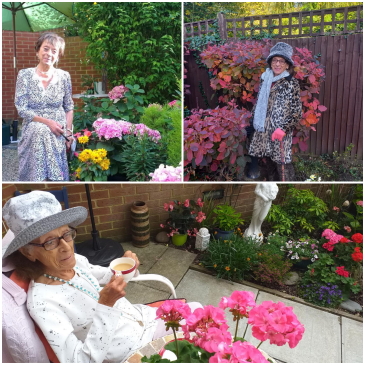 Born in Cairo, Renée Chatlani began painting as a hobby, in her teens.  She demonstrated, from a very early age, a natural talent for art. She left Cairo en route for the United Kingdom, where she married and made her home whilst raising a family, helping in her husband’s business and holding down a full time position at the Middle East Airlines. She still found time to paint, as an antidote to the stresses of life and lost herself whilst she painted or drew.

She undertook some training at St Martin’s School of Art, London, until the birth of her two children.  She continually painted, prolifically, in between a successful career as a Researcher and Radio and Television Producer, for the Canadian Broadcasting Corporation in London.  She held this position for 25 years, when she took early retirement and continued painting in a more professionally capacity. 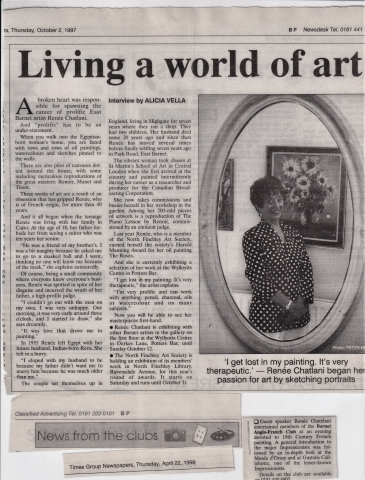 Over the decades, Renée became a prolific artist, integrating all subjects and using different mediums : oils, water-colour, pencil and charcoal. She was excellent in giving the likeness in commissioned portraits, a gift in itself. She had an extremely good eye as a “copyist”, and replicated a number of Great Masters’ paintings, as commissions – “The Piano Lesson” (after Renoir) for an eminent London judge, “The Boy With A Rabbit” (after Henry Raeburn) to name a couple for a Saudi businessman. 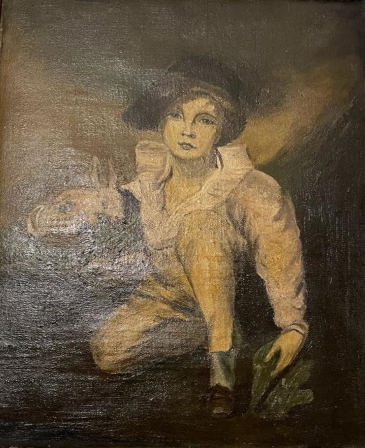 Renée attended the late Edmund Perrini’s weekly art sessions in his North London studio, integrating the style of painting learned there, into her ever evolving style, quite naturally.

Renée exhibited quite regularly in North London. Although her talent might have inferred more ambition, Renée was humble in her art. As her popularity spread through word-of-mouth, many of her paintings now hang in different corners of the world, as the variety of her talent appealled to a wide audience.

In October1996 she received the Harold Manning Award by the Finchley Arts Society for her oil painting entitled “The Roses”. 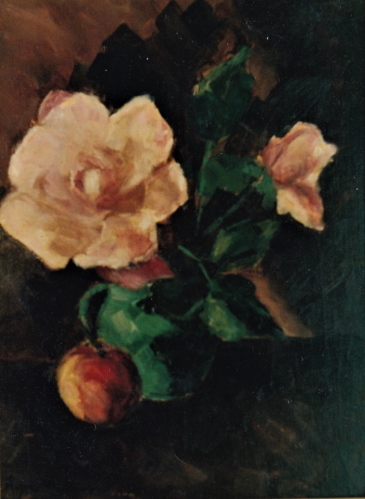 Renée’s flair, passion, joie de vivre, and sense of humour was transmitted into her artwork, which sold very well.

On 31 October, 2021, Renée transitioned to the Heavenly realms, passing peacefully and painlessly at home surrounded by her family. Always present in her and our lifetime, her artwork, in posterity, has left a wonderful legacy to her family and particularly to her daughter, Mohini, who is greatly inspired by her late mother, follows in her footsteps, and is also painting prolifically.

God Bless you Mama and Thank you!

Welcome To the Chatlani Store Dismiss