Every painting tells a story, the inspiration, the motivation, the style, the tools, the mood the finished product. 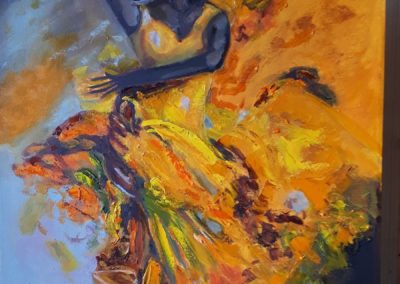 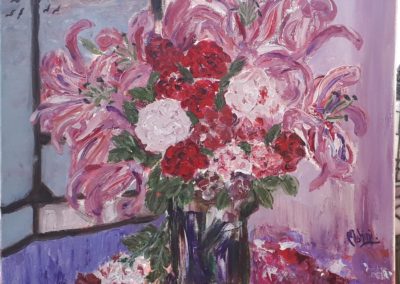 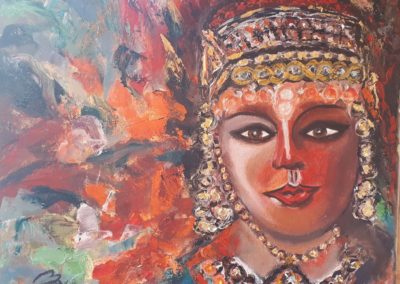 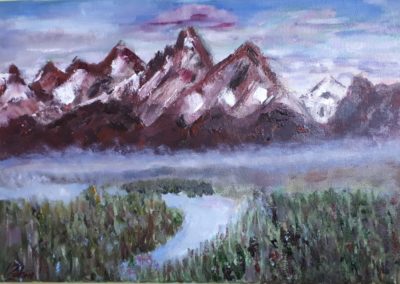 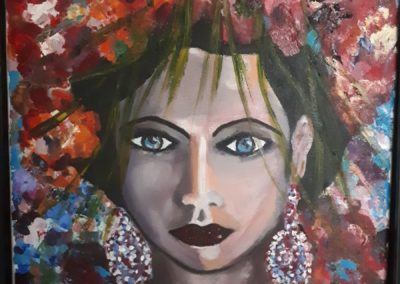 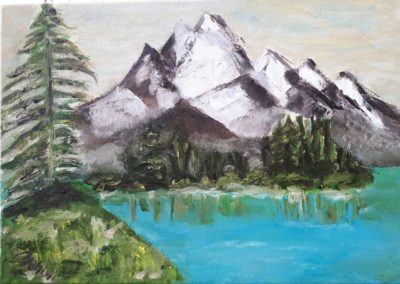 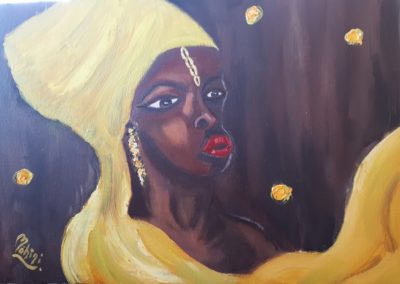 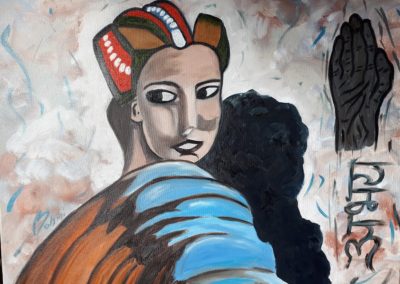 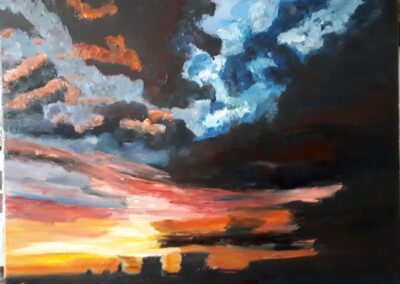 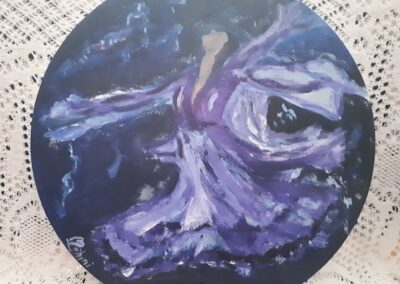 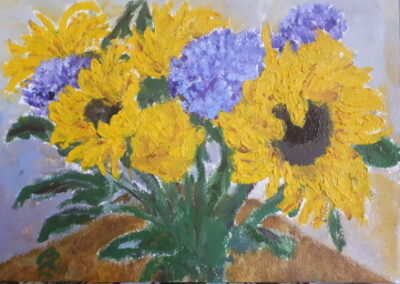 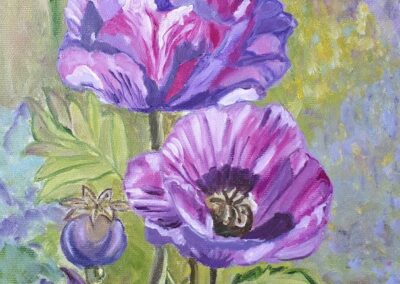 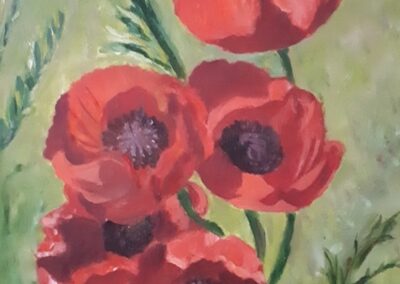 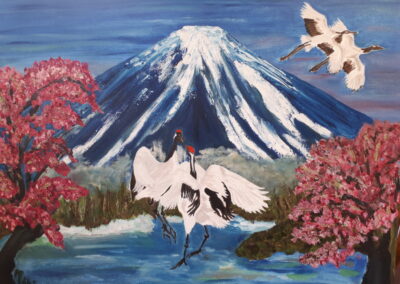 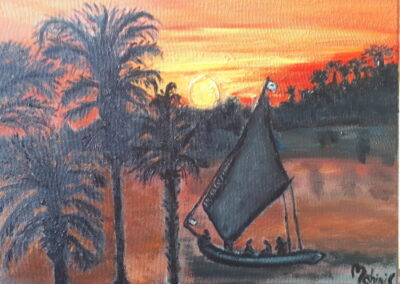 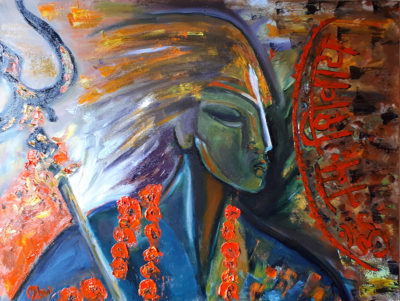 “Shiva Superhero”, by Mohini, oil on canvas, brush, palette knife, fingers, 61x46cm. Please pm for any sales enquiries. The mantra along the right hand side “Om Namah Shivaya”.  I am beginning to transform as Shiva energy destroys the old debris from conditioned existence. I will not die from the poison I have drunk.

During the churning of the ocean or Samudra Manthan, a dangerous poison, Halahala, emitted from the ocean. This terrified the gods and demons because the poison was so toxic that it would have destroyed all of creation. Lord Vishnu told the gods that only Lord Shiva could save them from the destruction. Lord Shiva on hearing the pleas of the gods decided to swallow the poison. Goddess Parvati panicked, but he assured her that he won’t die of the poison. He stored the poison in his throat, which turned blue. Thus Lord Shiva is also known as Neelkantha, the one with blue throat. 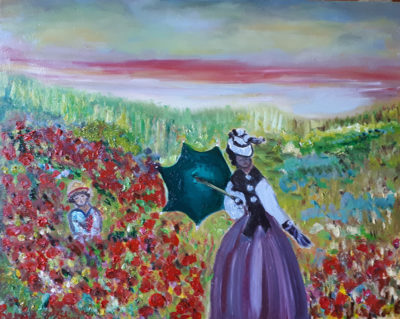 Monet, Mama, Mohini. 1 inspiration, 3 takes. My mum had started this painting many years ago, and it was left unfinished. She gave me permission to finish it. It’s the “Fields at Argenteuil”. Signed by both mum and daughter. Oil on canvas, brush, fingers. 2020. 61x46cm