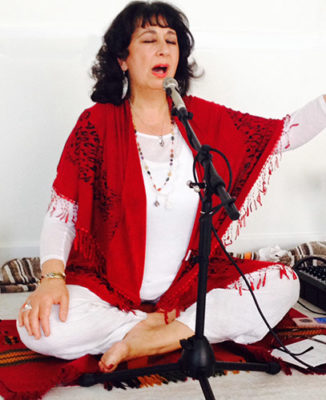 My first solo project – “ALAYA-NAM” was a joy, blessing, curious and stimulating growth process for me. The greatest learning in the gifting of my album to myself and now to you is HEALING. Healing the patriarchy, the matriarchy, the power struggles, the wounds of the past, relationships, losses and all that life has thrown at me. It has brought me into the present and taught me Love and Forgiveness. Each time I listen to the music, I feel relaxed, moved opened. I also feel “cleaned” out – like I had just had a shower – except in this case an “energetic” one. I pray you all will feel the same. And when you do, those feelings which emanate within you will be so strong and meaningful that you will want to share it with everyone. My desire is not for fame, power or glory. My wish is for healing, of myself, you and all beings and the planet. This is a very exciting time for those in growth and consciousness work. We do not have a moment to lose. Each second counts. Each minute is a precious gift. Keep the faith within, keep mindful on the breath, and let love, joy, bounty and awareness shine within and without you.

Music, singing, yoga and a deep interest in changing consciousness have been the threads running through Mohini’s life and soul from a very early age. Her journey from the performance stage and classical singing to chanting and sounding through yoga and meditation, has slowly unfolded, revealing depth, originality and wisdom of deep, natural and spontaneous sound and movement. She believes that Sound and Yoga coupled with a deep interest in Self-Inquiry through various Yogic, Buddhist, Taoist traditions and Humanistic Psychotherapy which she weaves into her practice and teaching, have the power to heal deep wounds and move us into a fresh new vision of ourselves. She encompasses her diverse and rich ancestral heritage from India and Egypt into her singing, which is powerful, uplifting and unique.Her emerging musical and singing style is vibrantly eclectic, breathing and expressing in its own way, creating sound-scapes which have their own identity and trajectory.

Mohini has worked and studied both with yoga and singing and voice teachers of international calibre and reputation, notably, Clive Sheridan, Erich Schiffmann and Sarah Powers (yoga and meditation) Chloe Goodchild, Gilles Petit and Norman Welsby (chanting, movement and opera). Her reputation is international and she is a skilled and innovative workshop leader and trainer, writer, teacher and singer. Her interest is in bridging the gap between Eastern and Western spirituality and psychotherapy through her music and yoga practices.

Her first solo written, arranged and produced Audio CD “ALAYA-NAM” was released in 2012.  Subsequent albums have been written, produced and released on her own record label Heartspace Music : “Within Your Heart” (2013), “Sacred Love I” (2017) and “Spiritus” (2020). Her book “Yogaflows”™ was published in 2002 in the UK, USA, Australia and Spain, to great acclaim. She recorded her an unreleased audio album “Monumental” in 2008, with Craig Pruess. These publications and recordings are both testimonies to her 35 years of ongoing healing and growth work. She is working on other diverse musical projects and an series of Yogaflows™ meditative audio CDs, which will accompany her book. 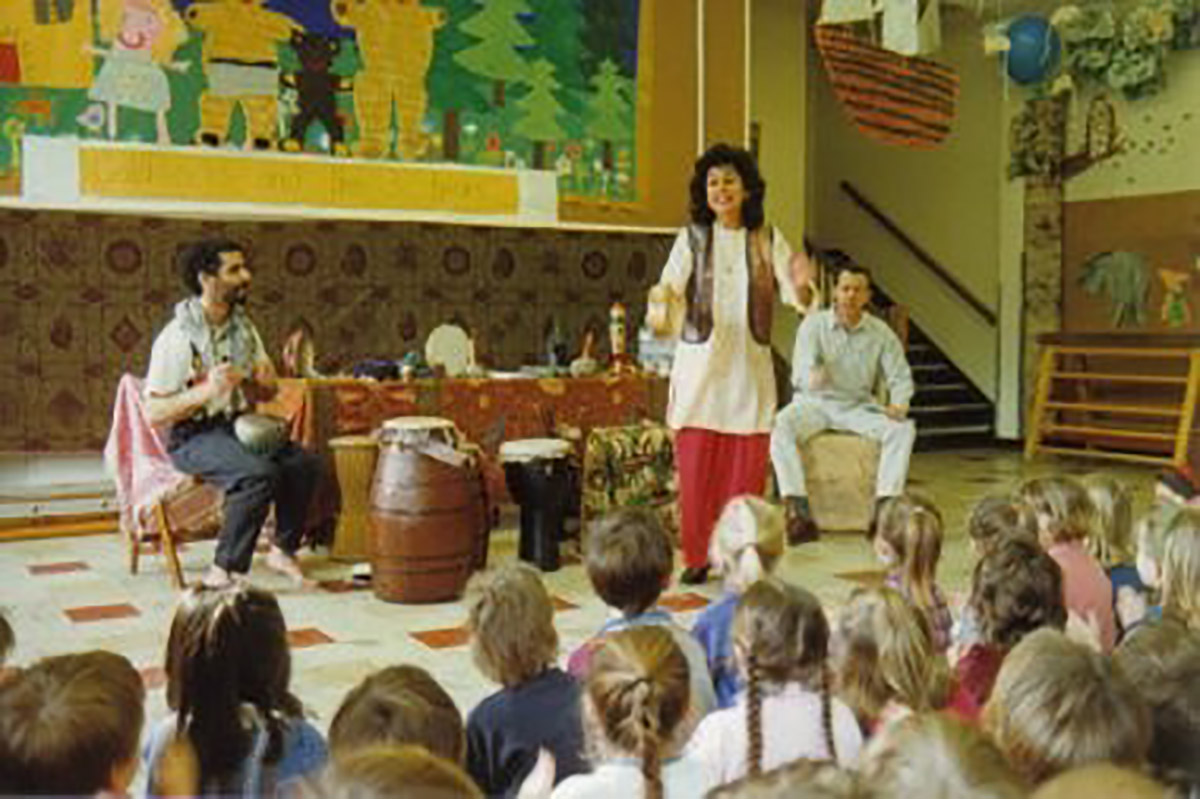 Mohini is a gifted teacher and leader. Through this medium she not only shares her experience and learning, but also finds inspiration and connection to herself, others and a higher power. She has taught singing both in the UK and abroad, using the “Kodaly Method”, both for adults at “The Old Bull Arts Centre, Herts, and for children at “St Joseph’s Primary School, Deptford” and “Ridgeway Studios”, Herts

Mohini performed in Broadside Productions for Channel 4, “By Word of Mouth” a multicultural singing, music and storytelling programme; for Antenne 2 – Paris. France “L’Ecole des Anges”, as a singer, and various LBC and Radio chat shows, singing folk songs accompanied by her guitar.

Running through Mohini’s life has been her passion for yoga and meditation. She has practiced and taught yoga and singing for over 35 years. She established Heartspace Yoga in 1997, successfully running classes, workshops, retreats and seminars.Her book “Yogaflows™”, a unique style of yoga, has been published worldwide. In 2005 she was invited as Guest Tutor to the New Zealand Yoga Teachers’ Conference, and to teach workshops in Australia and Singapore.  She has also taught in Egypt, Cyprus, France, New Zealand, Singapore, Scotland, Wales, Ireland and all over the UK. She continues to teach and deepen her own knowledge and study. It is through the practices of yoga and meditation that have led to her current vocal expression and freedom.